Wendy's getting hot listening to Pete 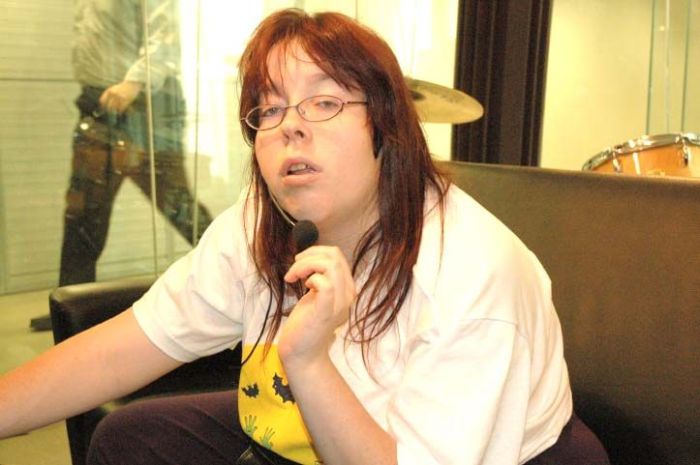 While Pete was in the studio, Howard took a call from Wendy the Retard who claimed she was getting hot listening to Pete. In fact, Wendy said “yes” to every question Howard asked her.

Wendy said she liked to eat pizza and go bowling – and stated that she could eat 5 pizzas in one sitting. She also noted that she goes to the bathroom 4-5 times a day and doesn’t always make it to the toilet. Despite all this, Pete said he’d like to take Wendy out on a date, prompting Howard to announce that he was going to put together a new show: “Retarded Bachelor.”