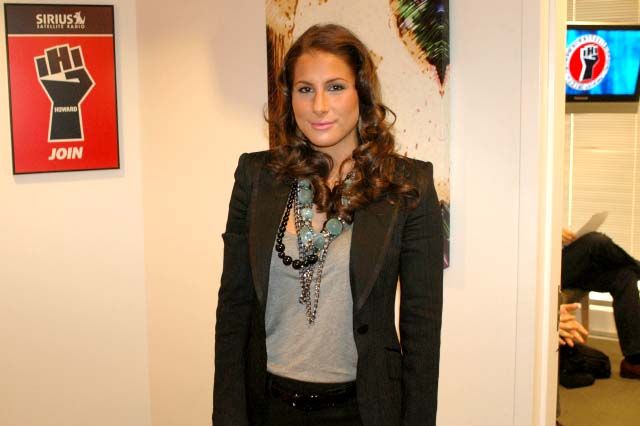 Howard asked JD for an update on his fledgling relationship with Ashley Dupre, so JD reported: “She texted me on Friday because I had asked, ‘What are you doing this weekend?’ She said…’Maybe a movie next week.'”

JD added that Ashley was leaving on a two-week trip soon, causing Howard to become suspicious: “How is she making money and flying for two weeks? Somebody’s footing the bill. C’mon.”

JD refused to engage in any speculation: “She’s going to Italy. With a friend…a girl.”

Howard laughed: “So guys are flying her out to Italy with her friend?”

JD refused to follow Howard’s logic: “She told me she doesn’t check her voicemail unless it’s full.”

Howard thought it would be more accurate to say: she doesn’t check her voicemail when JD calls.