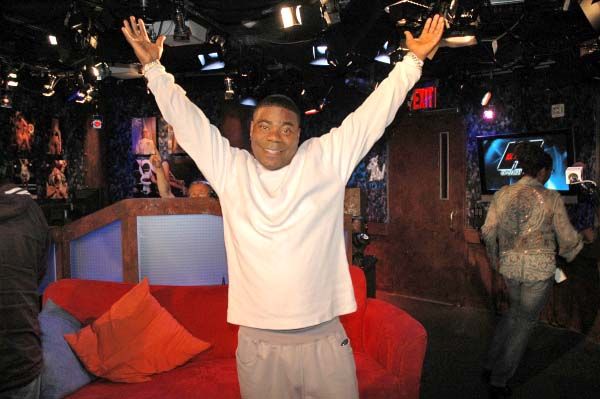 After Riley left, Howard talked with Tracy about his new movie, “Cop Out” and his childhood in Bed-Stuy: “I dealt drugs but I wasn’t a drug dealer.”

Nobody seemed to understand Tracy’s logic, but he pressed on, saying he got out of the drug business after one of his friends was murdered.

Tracy said he’d been much more successful in comedy but recently let the success get to his head. He lost control and almost lost his foot to diabetes: “I thought it was just a cough or something.”

Toward the end of the interview, Tracy Morgan turned his attention to Robin, telling her that she was Anita Baker-pretty.

Tracy lusted after Robin’s natural lubricant: “That’s a woman right there. It must be moist like Duncan Hines? I love some discharge, man. That’s the special sauce on a Big Mac.”