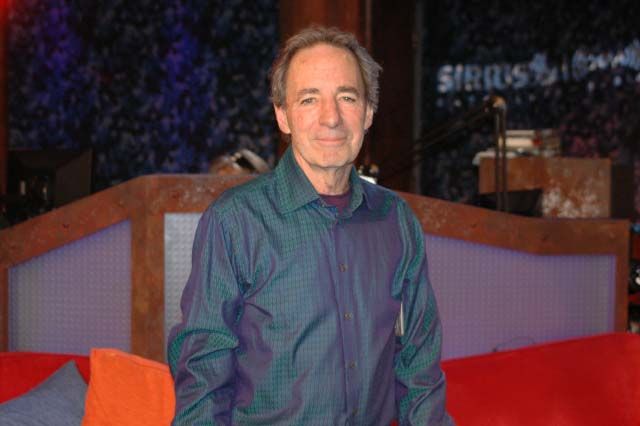 Harry Shearer stopped by to promote his new comedy album “Greed and Fear” and claimed he never watches any of “The Simpsons” episodes he records voices for. “Well, I’ve heard it’s on,” he laughed.

Harry said there was a lot of bad blood between him and the producers (“We’ve had a really rancorous negotiation.”) and briefly went into some of his 16 characters’ voices: Montgomery Burns, Smithers, Principal Skinner, Reverend Lovejoy, Kent Brockman, and Otto.

Lorne Michaels Was No Fun to Work With…

Howard asked Harry about his tenure on “Saturday Night Live,” but Harry didn’t have any fond memories. In fact, he said he was betrayed by creator Lorne Michaels. Lorne had apparently hired Harry as a cast-member but told the cast something different. Billy Crystal broke the news to Harry at a basketball game. “Yeah well that’s interesting because Lorne told us he hired you as a writer,” Harry recalled him saying.

Harry said he was once working on a Gilda Radner sketch and Lorne turned to him to say: “You know I’ve never hired a male Jew for the company before. I usually go with the Chicago Catholic thing.”

Harry said that was it for him: “Christ, man, I wanted out of there right then.”

…Neither Are Billy Crystal or NBC

Asked who he’d clashed with on “SNL,” Harry cited Billy Crystal. “I had his footprints on my back. … he’s a fairly ruthless guy,” he said. “Billy took the competition very seriously.”

Harry said he didn’t have love for the NBC network either: “Marty [Short] used to say, ‘I walk into that building and I don’t feel funny.'”

Howard sympathized: “Me too! From the day I walked in, I said, ‘They’re just wiping the spirit out of me. Whatever it is that makes me happy is gone.'”