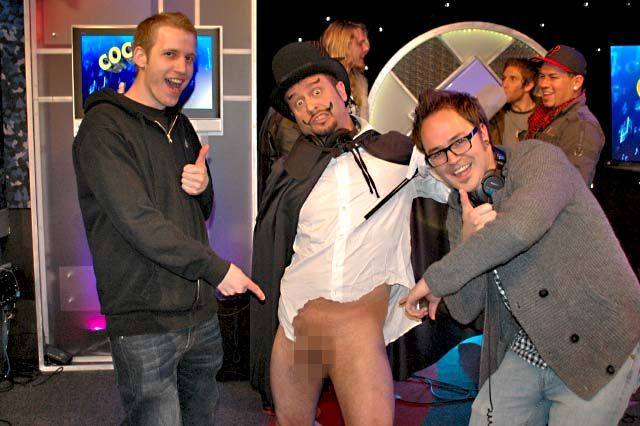 After God Tronk, Mike Brindisi stepped up: “I don’t have to grip the mic do I?”

Sean from Making April also passed on any mic-gripping, instead singing a hands-off version of, ‘Hey Katie,’ a song he’d written about his “trek to bang Kate Beckinsale.”

Robin then cast her vote for Mike Brindisi, Gary for LSA, Fred for Abe and Howard–the deciding vote–for Abe: “Abe’s song was really catchy. Abe blew it out the door.”