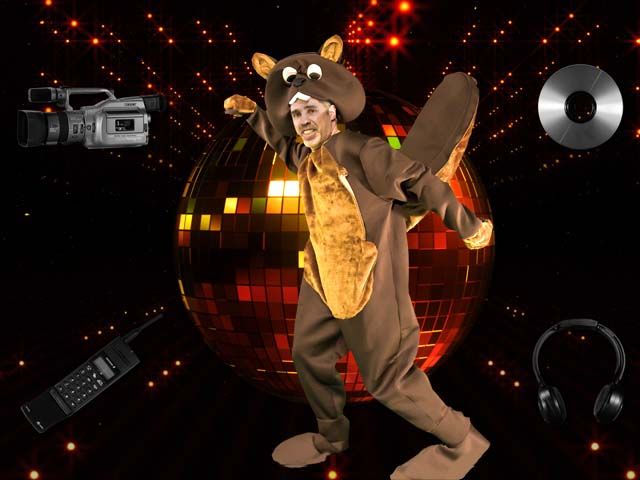 Lisa G reported that Gary dressed up in a furry costume yesterday for a ‘Techno Beaver’ TV segment, so Howard laughed that the footage was hilarious: “When he had to work the gadgets he couldn’t because of his big paws.”

Looking back, Howard later laughed: “I think this should be his new work uniform.”