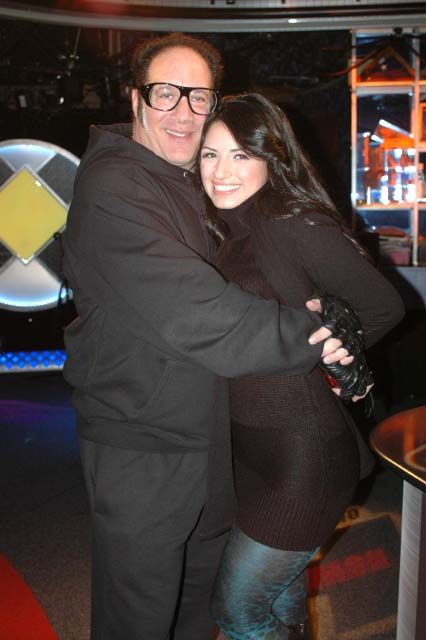 Andrew Dice Clay stopped by to promote his new contract with the Las Vegas Hilton (“I’m doing 30 weeks a year.”) and told the crew he was too old to be a road comic–he’s dyed his hair for years now: “I started going gray at 35, so I’ve always done that.”

Dice went on to complain about the failure of his reality show, blaming the show’s (over-)producers: “All they had to do was hire f’ing editors.”

Dice said he’d seen Jason playing poker and saying his million-an-episode gig on ‘Seinfeld’ made any bet reasonable. Dice’s hypothetical response: “You ever get a million a night? Like me. Cause that’s what I’d get…here’s a guy that was getting a million an episode on ‘Seinfeld,’ you know, just to be the little fat guy next door.”

Dice later revealed it was Jason’s one-man show (in which he plays a foul-mouthed comic named ‘Donnie Clay’) that really pissed him off: “The first time I ever heard about him he was saying nasty shit about me…then of course you meet him at a card game and he’s kissing your f’ing balls, saying ‘I wanna be you.'”

Howard wanted to meet Valerie, Dice’s new wife, so she came in and told the crew she hadn’t just fallen for Dice’s humor–she loved “everything about him. It’s not just one thing.”

However, she didn’t realize who she’d met at first: “I didn’t know who he was.”

Dice noted Viagra has played an important role in their relationship: “I pop ’em like Tic-Tacs.”