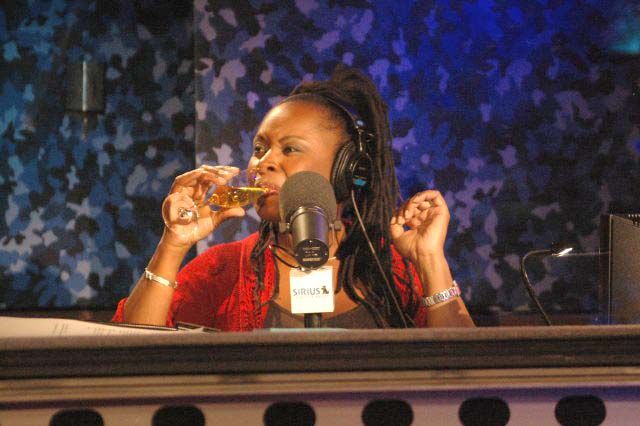 Howard then turned his eye on Robin, complaining that she’d delayed their dinner the other night: “You were late!”

Robin blamed her ‘companion, not boyfriend’: “Speaking of my so-called companion…”

Howard said he enjoyed his dining companions (“I like Fred’s wife very much. Fred I’m not choked up with. But your wife I like.”) almost as much as he enjoyed the absence of others: “No Ralph! No Ralph.”

Robin asked if he minded the ‘wine guys’–a pair of experts who flew in to educate the diners on the wine pairings–but Howard denied it, joking that he hoped Robin would bring silverware experts to the next dinner.