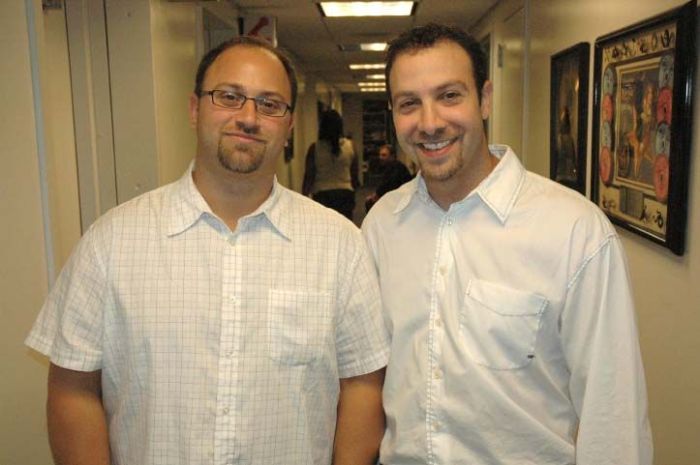 Howard demanded to know why HowardTV’s two top guys, Doug Goodstein and Mike Gange had to bust the show’s budget: “Can someone explain to me why it takes two people to hold a camera on Ronnie in Austin, Texas at a Rick’s Cabaret opening?”

Robin laughed that they only needed a sound guy and a video guy at the shoots: “So the top people are doing sound and video?”

Howard was pissed: “You could probably get two pick-up guys in Austin to do it with a video camera. No plane fare. No hotels.”

Howard confronted Doug: “What are you doing? Why do you have to be in Austin?”

Doug said he’d been wanting to visit the city for a while: “I really wanted to go to Austin for a long time.”

Howard thought Doug just wanted a weekend away from his wife and two young children: “You’re cracking, aren’t you? You got the married man crack…is Ronnie so great for HowardTV that every time he opens a Rick’s we’ve got to go with him?”

Howard finished his rant with a decree: “We’re not a travel agency. We’re a radio show.”

Howard later added that he hated the idea of paying for Gange’s excessive eating habits, so Doug explained: “You can [only] expense some up to a certain amount.”

Howard said he’d rather see that money fund HowardTV animator, Kevin Lofton’s next cartoon: “We could’ve taken that $5,000 gamble [but] you and Gange ate in Texas…that Gange ate my cartoon!”