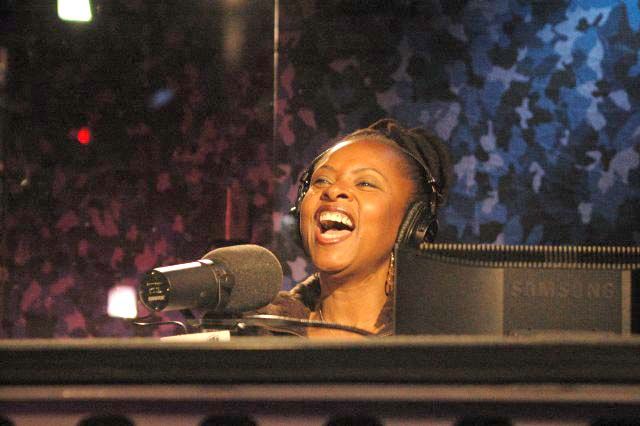 Howard again brought up the charity that Robin had invited a few staffers to a $500-a-seat event where she would be honored: “I never ask people to donate…[and] no way am I ever giving anybody my rolodex.”

Robin said the invitation was not an obligation: “It’s OK to learn something and that’s all an invitation does. It alerts you that there’s something out there…you don’t have to do anything. I think heightened awareness is a beautiful thing.”

Howard thought the charity had it all wrong: “We should be honored too. Since we’re paying up…here’s what these charities do. They get somebody to honor and they say to the person, ‘Alright, give us your rolodex. We’re honoring you. Your friends better give some money.'”

Gary came in to confirm: “That’s exactly what they do…it becomes about ego.”

Robin claimed that she’d made the charity promise not to pressure invitees: “I’m not doing that…that’s not what I’m all about.”