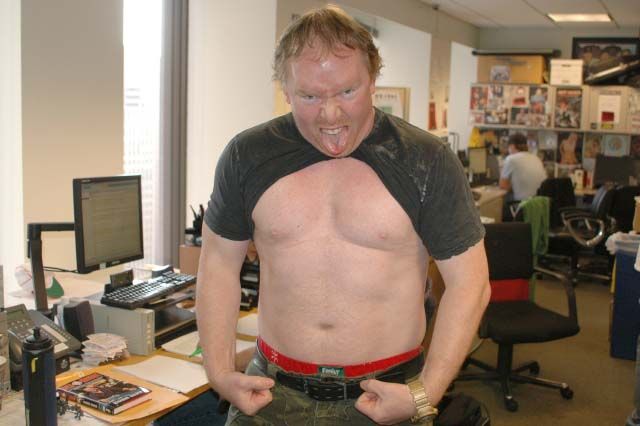 Richard Christy came in to tell the crew about his recent trip to his dermatologist, saying she checked his skin for possible melanomas–and his ass for pimples: “She prescribed me some zit cream to put on it.”

Richard said his ginger coloring had probably paid for his dermatologist’s pool by now: “I get check-ups every six months…I had a thing removed from my nose actually about a year ago. I take it very seriously.”

Richard added that he hadn’t showered since the appointment, as he was hoping Sarah Silverman would take another long whiff of his genitals: “I took a leak yesterday and I could smell my balls.”