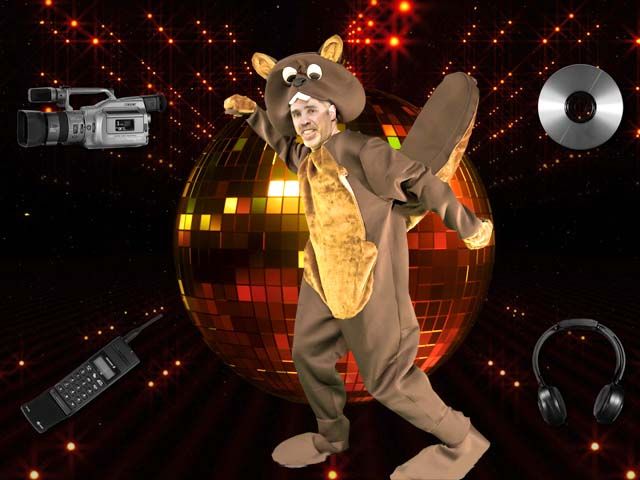 Howard noted that HowardTV’s Scott DePace was unimpressed with Gary’s most recent Techno Beaver segment–an opinion Howard didn’t share: “He gave good information about Wi-Fi but I’ll tell you what: the beaver costume kept me tuned in…I retained everything. I was totally sucked in.”

Howard added that he’d more than just enjoyed the segment: “I loved it!”

Howard was so excited about the Techno Beaver segments, he began planning the next one: “Build a dam with a running brook and every time there’s a new gadget, pull it out of the dam!”

Scott proposed a scattering of wood shavings in front of the damn–as if Gary had been gnawing on logs–and began laughing so hard tears came out his eyes: “I stand corrected!”