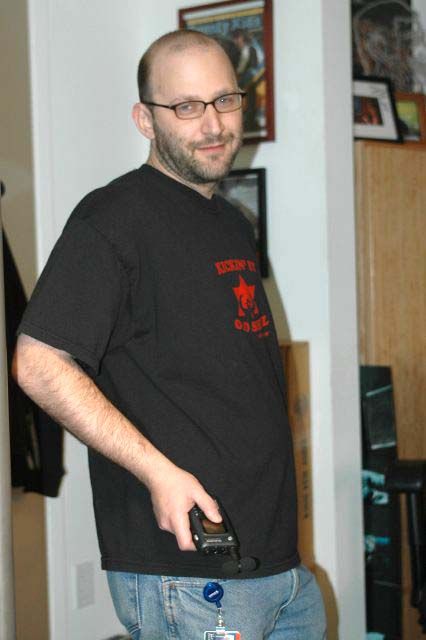 Robin mentioned the bizarre Israeli name–Atalia Yael Egar–that Shuli had given his daughter, leading Howard to revive his rant: “You don’t take your torture and then torture your kid with it.”

Shuli disagreed, laughing: “That’s what every parent does.”

Howard stayed on the attack: “So if your father beat you with a stick, you’re going to beat your daughter with a stick?”

Shuli saw where Howard was going (“Of course not.”), and Robin jumped in with the hammer: “But you’re letting the world beat her!”