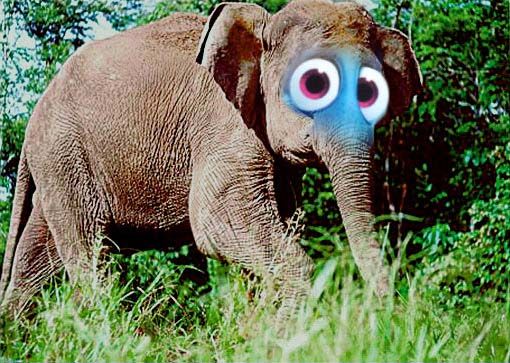 Howard declared the annual ‘Idol Gives Back’ special was “the worst television ever. I wanted to give back two hours of my life.”

Robin said she’d had to turn the channel after seeing Ellen’s freakish stare: “She must be wearing contacts…the only eyes I’ve seen like that are on fish or something.”

Howard said the train-wreck continued when George Lopez came out to ‘roast’ the judges–and skipped Ellen: “The elephant in the room was Ellen…I mean, where don’t you make fun of her?”