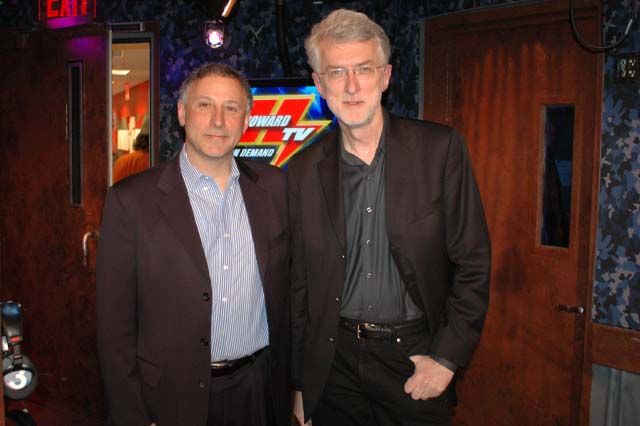 Buzzmachine.com’s Jeff Jarvis and Jeff Schick from IBM came in to discuss their operating system loyalties.

Howard noted that Jarvis has made fun of the show’s Lotus Notes system and said they should switch to Google–only to see Google’s security breached on a global scale last week.

Howard explained that the show used Lotus Notes not just for internal communication, but also to manage the show’s massive archive: “First of all, I have a lot of data…show him my system–how many things I have on there.”

Jarvis said he’d have Schick show him around–and asked Howard’s opinion on being a public figure, as he’s working on a book about the subject.

Howard thought for a second: “It’s something I wanted. I didn’t set out to become a public figure but I wanted to be on the radio and I wanted to be successful.”