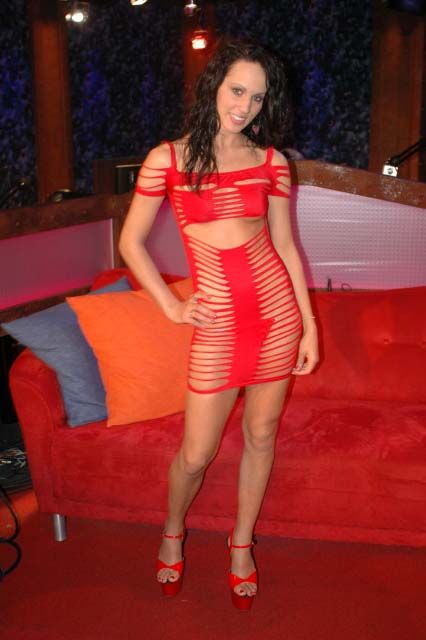 She’s since been shunned: “I can’t sit at the same table with [my family] and they can’t drive with me.” (She explained that the Amish can be passengers in automobiles, they just can’t drive them.)

Emma said her family saw it coming: “They knew I was gonna leave because of what I was getting into. I was talking to my ‘English’ sisters a lot. I’ve had four sisters who left too.”

The second she was off the farm, “I got a cellphone. That was the first thing I got.”

When she returns, she must sit at a small side table next to her family diningroom table: “I can’t wear shorts or anything short like that. It has to be a dress or long pants…I just wanna show respect.”

Emma then reconsidered her career choice: “I don’t wanna do it again. Well, I feel like it just went a little too far that time…I’m ok with it for now. Like, I’m ok with it for it to be on the web but that’s not what I wanna do for the rest of my life.”

Emma wasn’t sure how her Website made money–someone else runs it–so Gary came to tell her that the site sold what’s called a ‘Shoofly Pie Panty Pack’: “It’s a shoofly pie, an autographed picture and a pair of her panties.”

Howard asked Emma what she thought guys did with her used panties, but she wasn’t sure: “I don’t wanna know.”

Robin asked: “Do you know how to use the Internet?” Emma nodded: “Oh yeah. I have one at home.”

Gary told Emma to show Howard the back of her dress, and Howard was duly impressed, asking who made it–Emma claimed it was a ‘Sassy Assy’ dress.