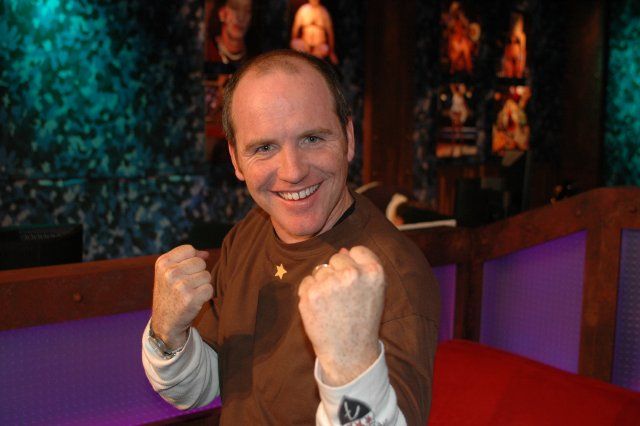 Howard started off the show saying he’d forgotten to note Greg Fitzsimmons’ presence at Jimmy Kimmel’s party on Saturday night–a massive oversight, as Greg has been hosting a show on Howard101 every Monday for over 2 years.

Howard also played a few clips from Greg’s show last night in which Greg said he’d been warmly greeted by all the A-listers, but his wife was unimpressed.

Howard repeated that he’d had a good time jamming at the party. “I didn’t know Demi Moore could sing so well,” he exclaimed.

But his shrink helped him realize why it wasn’t all fun. “Believe me, it drained me. I won’t go to another party for another five years,” Howard stated.

Later, Ralph called in to ask who the hottest chick at the party was. Howard’s answer: John Stamos.

“He’s hotter than anyone and he knows it. The way he sashays in with that little ass of his,” Howard joked.