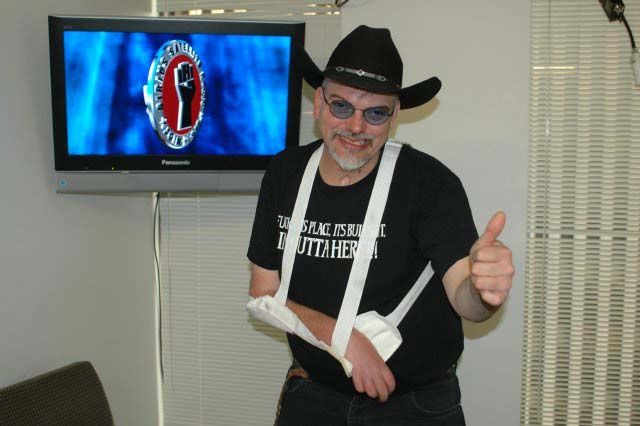 Jeff the Drunk called in to explain why he no longer wanted to share his late mother’s trailer with his brother–and his brother’s ‘f’ing bitch’ girlfriend.

Jeff claimed he asked his brother to move in after his mother’s death under the assumption it was going to be a bachelor pad: “I coulda asked anybody I wanted.”

Jeff’s brother later broke the bachelor pad pact by moving in his girlfriends: “6 months into it, she moves in with her three kids.”

Jeff then read a letter he’d written his brother: “Your days of bullying and intimidating me are over with starting today. You take advantage of me way too much and just because I don’t say anything to you doesn’t mean it doesn’t affect me. It makes me feel uncomfortable in my own house. I have to walk on eggshells whenever you are here. I eat every meal in my room.”

The letter continued for a few minutes–Howard eventually had to cut him off: “It’s lengthy. It’s well-written, though.”