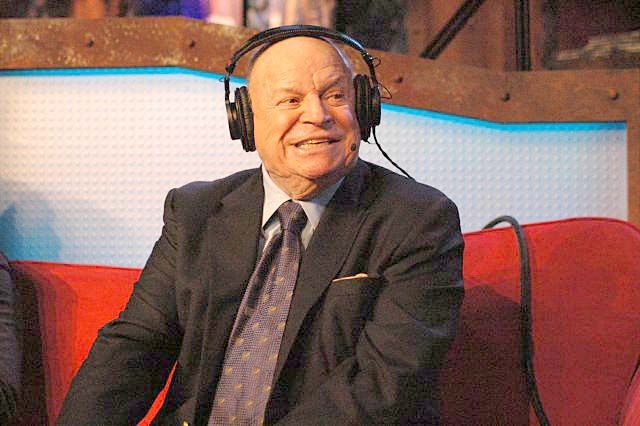 Don Rickles called in to deny that he was upset–as John Stamos has claimed–about not being invited to Jimmy Kimmel’s party earlier this month: “I mean, I got a life.”

After hearing Don was in New York to tape an appearance on the Letterman show, Howard asked if Don traveled with his wife.

Don said his wife wasn’t there, but he loved travel companions: “I’m with a hooker and two broads from Chicago.”

Don repeated that he wasn’t upset but would’ve enjoyed being at the party, so Howard promised: “From now on, when I have a party, you’re going to get an invitation. You’re going to think I’m stalking you.”

Don noted that Letterman had displayed similar loyalty, going so far as to personally host a party in Don’s honor–a story that surprised Howard: “This guy doesn’t even go to his own staff parties!”

Howard then asked Don to be honest: “Who’s better, me or Dave?”