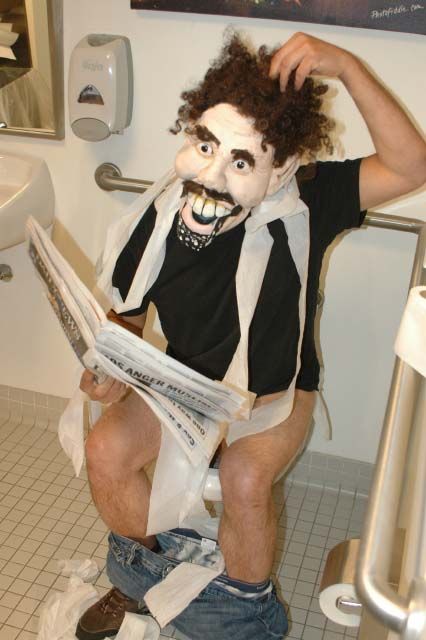 Howard got a report that there was toilet paper left on the seat of the staff bathroom—and Gary was the last one to use it.

Gary fessed up immediately: “I’m guilty of that one. I guess I just forgot.”

Gary claimed it wasn’t paper that had been in his ass—it was the protective layer he’d used to prevent his ass from contacting the sea: “It’s life! What are you going to do? It’s not like there’s poop in there.”

Howard didn’t care: “It’s so gross to think of him sitting there shitting.”