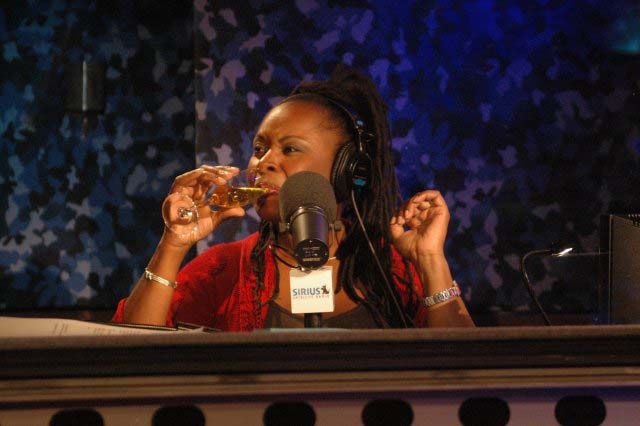 Robin said she’d attended a charity dinner over vacation only to learn it was an annual event known for its mid-meal food fights. When water guns were distributed to the guests, Robin was quickly targeted: “I was hiding behind napkins!”

Robin said things escalated quickly: “In the crossfire, [some guy’s] wife–her contact lens was knocked out by the water. And then he got angry so he filled his water gun with red wine. And then he got into–almost into a fight with another member of my party because now he was going to douse everybody. It was crazy. But what a fun event.”

Howard didn’t seem to agree: “Look at you!”