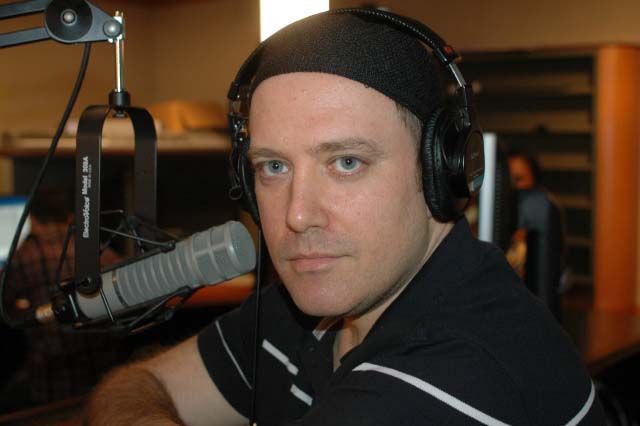 Benjy was late getting to the studio once again this morning, and Howard demanded to know what was going on: “You’re making me look bad!”

Benjy said he took an Ambien last night and slept through his alarm.

Howard was annoyed: “You’re such an asshole. I don’t know what to do with you, man. What am I supposed to do? I said to the guy, ‘I’ve got to fire you’…I’m not going to bore the audience. I’ll deal with you off the air and we’ll settle this once and for all.”

Howard continued: “Maybe it’s time to part ways. I don’t know, man. I like you–It’s nothing personal. It’s just you’re making me look bad. And you know, it’s time for you to…the tribe has spoken. It’s time for you to leave. I mean, I don’t know what to do. I don’t mean to be cavalier about your job but you’re being pretty cavalier about it. You don’t seem to take me seriously…sorry. But we’ll talk after the show.”

Howard finally turned to Benjy again: “Did you think I was kidding that I’d have to fire you?”

Howard insisted he was serious: “You’re the one who pushed this. Not me…figure out what to do with the rest of your life.”

Later, Howard came up with a ‘punishment plan,’ the first step was to ban Benjy from appearing on The Wrap-Up Show.

Howard said the next step was forcing Benjy to write outside of the studio: “And then I’m going to have to fire you.”