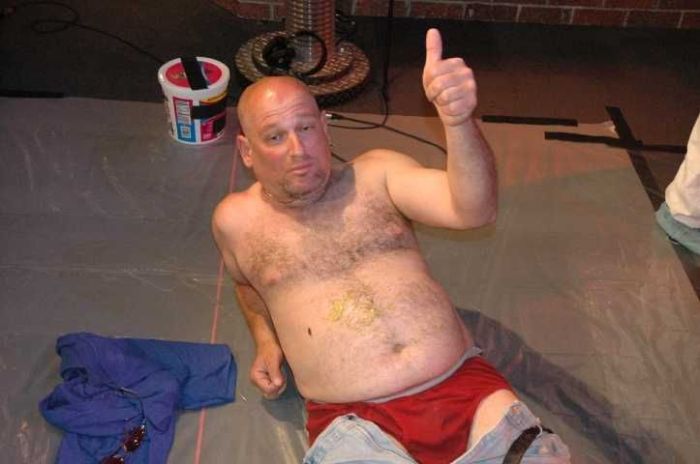 HowardTV producer Chris Costa came in to tell Howard about his recent visit to Jeff ‘The Vomit Guy’ Levy’s home: “There are wild pigeons that just live in his apartment…he sleeps in his living room. There’s shit all over his pillow, his bed…it’s a house of horrors.”

Chris laughed that Jeff’s roommate–his father–hates him: “I guess he has nowhere else to go. His dad despises him. Calls him [things] like ‘worthless’ [or] ‘piece of shit.'”

Chris said they’d filmed everything for an upcoming HowardTV special, including Jeff’s twisted weekend activities: “Every Saturday night he trolls around the Village–around the bars–waiting to see a girl come out of the bar and puke on the street.”