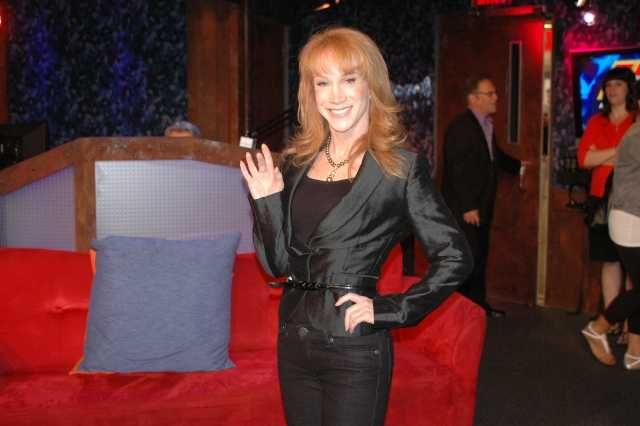 Kathy Griffin stopped by to promote the new season of “My Life on the D-List,” and shocked the crew with her new bikini-ready body. “I’m trying to be anorexic,” Kathy said.

Howard commended Kathy’s effort and wondered if she’d like to remove any clothing. Kathy balked, “I can’t take the shirt off but I have a good bra. Because I’m 49, first off…”

Howard asked if Kathy was enjoying the active sex life her new body deserved, and Kathy confirmed: “You know I get laid. You know I enjoy the sex … it’s waiters and bar-backs.”

Kathy said she liked hooking up with random service industry dudes because she wasn’t looking for a serious relationship. “I don’t care about love. I want to win Emmys and I want to win awards,” Kathy said.

Kathy told the crew she was still banned from several talk shows. “I have been banned and unbanned from ‘The View’ many times,” she said.

Though her recent on-air fight with Elisabeth Hasselbeck might get her banned again, she loved every second of it. “You pray for moments like that. Especially in live television,” Kathy said. “Didn’t Donald Trump say she was the stupidest person on television?”

Kathy said she could care less what Elisabeth thought. “When Brad Pitt would come up to me and say, ‘I think you’re hysterical. You can say whatever you want about me,'” Kathy told Howard. 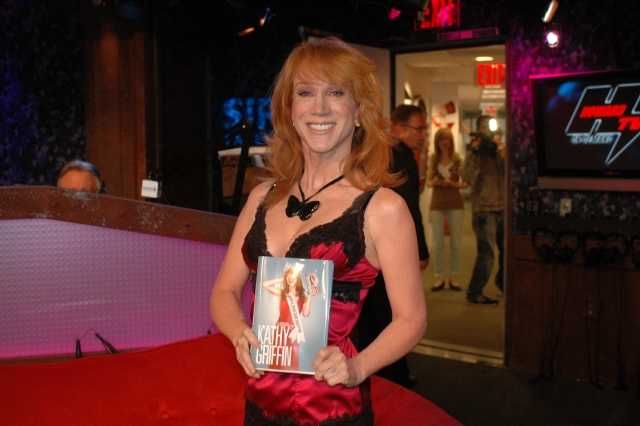 Kathy told the crew that her mom was the breakout star of “My Life on the D-List,” even managing to sign her own book contract. “She’s the Snooki of my TV show,” Kathy said. “She’s a 90-yea-old woman! She’s as sharp as a tack, enjoys her box of wine and is not afraid of putting me in my place.”

Who’s Off the Record?

Howard asked Kathy about her friend Cher’s new boyfriend, Ron Zimmerman. Ron used to be a frequent guest on the show and Kathy raved, “Do you know why she loves him? Because he listens.”

Asked if Cher’s body was holding up, Kathy nodded. “She’s very thin. So if you’re into thin girls … the tits are real, which I respect,” she said.

Kathy then asked why she was never invited to Howard’s home, like she is to Cher’s. Howard cited her act, saying, “I don’t want to be a victim of that. I don’t want to have you to my house and have you talk about that.”