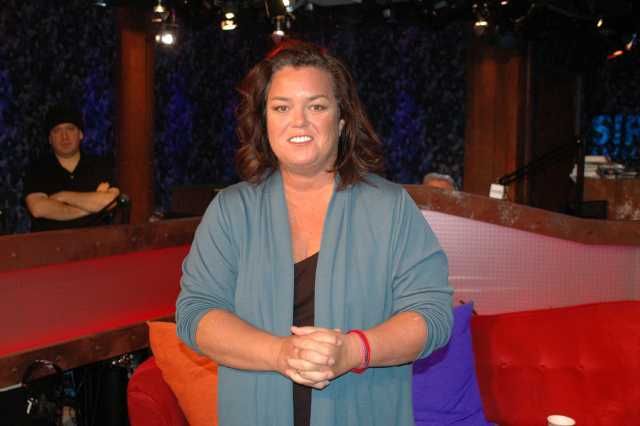 Howard asked Robin if she had managed to “convert” Rosie O’Donnell at dinner last night (to her pure food lifestyle), but Robin shook her head: “There was no conversion. She has a lovely woman in her life now who is very healthy and is changing Rosie’s life in that way…she just wanted to hear, I suppose my transition–how long did it take, was it difficult, that kind of thing. Just some support. You know, it is possible and there are benefits to doing it.”

Howard wondered what Rosie had for dinner, so Robin reported: “She had a large salad…she said, ‘I’m going to—I’m going to eat very healthy because you’re there’ … she has already given up soda … apparently soda was a big part of her life and, you know, when she would get stressed that would be something she would reach for.”

Robin later added that they ate at Joe Allen Restaurant in the Theater District: “It’s a good vegan-friendly place.”