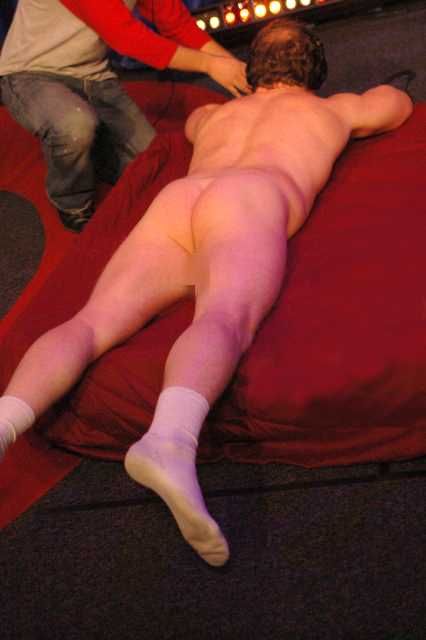 Spurred by a Howard’s anti-massage rant, Richard came in to tell the crew he’d once gone for a massage only to find that all the female masseuses were busy, so he agreed to get a massage from one of the male masseuses.

Richard said that everything was going great until the guy stuck his hand in the crack of his ass: “The guy got real frisky and was brushing the back of his hand against my balls and stuff.” Richard said he ignored the hints and stood his ground: “I just kept [lying there]…I had to get my money’s worth.”