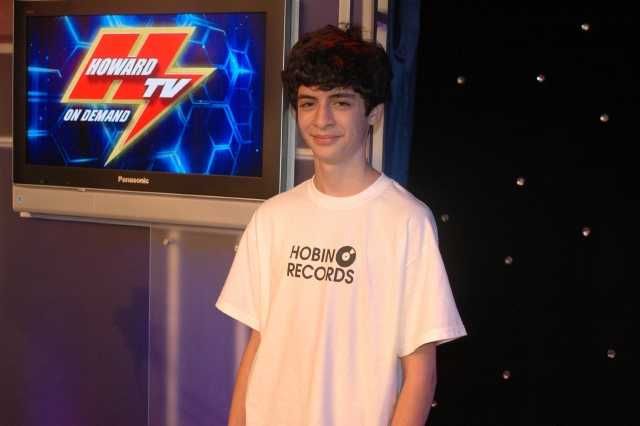 John Rebello stopped by to catch up with the show–he previously starred in the winning film at The Howard Stern Film Festival as a young Howard–and said his voice had just recently started changing: “Probably last year.”

John’s current ambitions lie in music: “I got myself into it when I was young. I used to dress up as John Lennon.”

While John was too self-conscious to sing, he did play some guitar–a little Led Zeppelin and Pink Floyd’s ‘Wish You Were Here.’

Howard asked to meet John’s mom: “I heard your mom was a total nudnick. Like a stagemom.”

Robin asked if it was John’s idea to contact the show, so his mom laughed that Robin had struck gold–John’s appearance on today’s show was “my idea but he happened to be involved.”