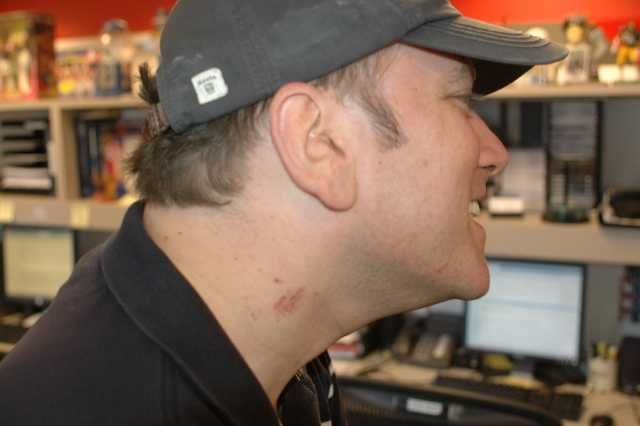 Howard noticed that Benjy had a big hickey on his neck and wondered what kind of woman would have done such a thing.

Benjy claimed he was unaware of the love bite, adding that, because he has such sensitive skin, even a light kiss could leave such a mark.

Upon further inspection, Howard reported that Benjy also had a mole with a giant hair growing out of it right next to the hickey.