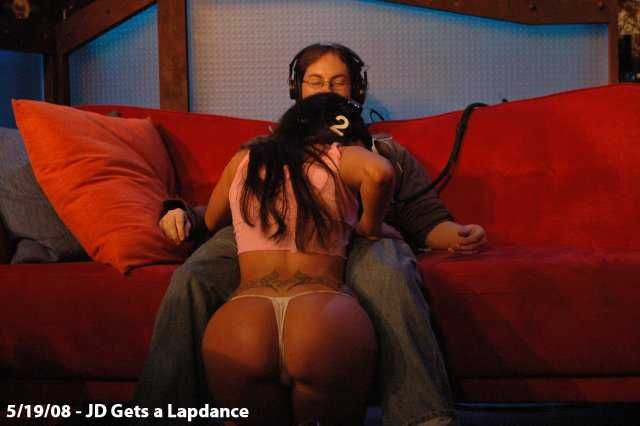 While JD was in studio, Howard asked for an update on his stripper girlfriend. JD balked at calling her his ‘girlfriend,’ saying it wasn’t that serious: “I’m not looking for a girlfriend or whatever.”

JD said he was still having a hard time reaching climax, but credited his ‘friend’ for being more than willing to put in the work to make it happen: “It takes–the second time, it took a little more extra oral or whatever…she’s very enthusiastic.”

He Really Is Da Badass

Howard said he previously would’ve thought JD would do whatever girls ask him to: “But he plays it way cool…you really are da badass.”

Ronnie said he’s seen JD shine in the presence of the Rick’s Cabaret dancers: “He’s got a rap with the strippers.”

Ronnie was less surprised by JD’s success with one of the girls than he was with the fact it was with a blonde: “He’s usually into black chicks. It surprised me…I’m proud of him, man! I’m happy for him.”