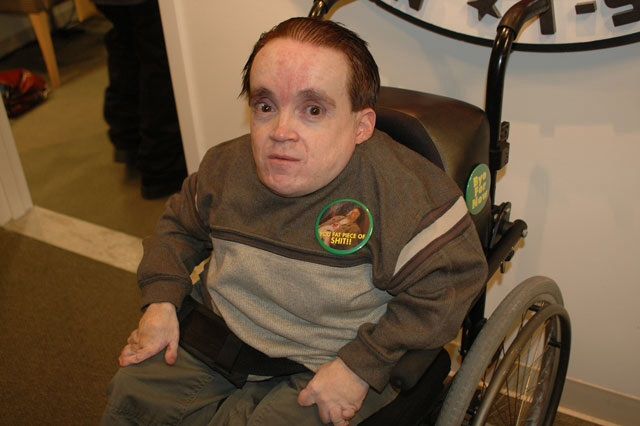 Howard took a call from Johnny Fratto who wanted to give everyone an update on Eric the Actor’s visit to the “Fringe” set in Vancouver.

Johnny said things got off to a bad start when Eric learned producers had added 11 lines to his part. Then there were the prosthetics Eric has to wear for his part …

But Johnny said the final straw for Eric was when he learned that his arch-nemesis, Steve Langford of the Howard100 News, was there: “He would have been okay with Shuli, but Langford set him off,” Johnny explained.