"I do the same thing you do. I just live," the comedian tells the King of All Media 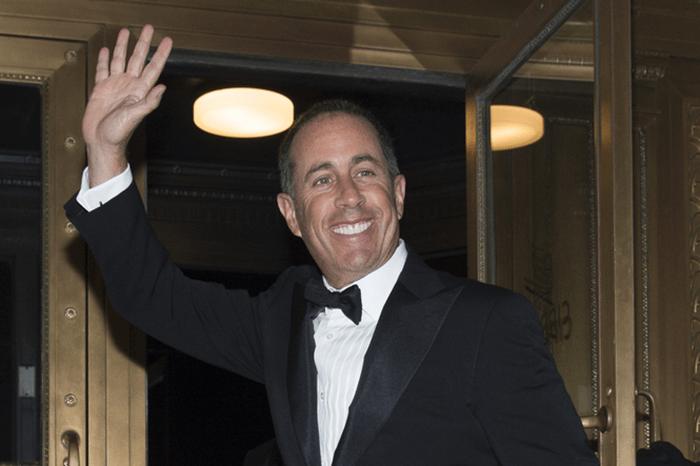 Jerry Seinfeld called in to catch up–and patch things up–with Howard, deadpanning: “It’s great to be back on the show. God, this is a fantastic feeling.”

Jerry said he honestly just wanted to make up: “You know I don’t want to do things. No! Who wants to work?”

He Doesn’t Have 30 Minutes for You

Jerry empathized with Howard’s foreword dilemma: “There’s nothing worse than a foreword. You know what it takes to write a foreword? It’s a solid 30 minutes.”

He understood Howard’s guilt, though, saying he preferred collaboration over promotion–referencing his work on Colin Quinn’s one-man show: “I love to help out guys like that–[guys] who I love, who I think are great, who just never could quite work their way through the system.”

Howard asked what Jerry was up to these days, so Jerry shrugged: “I do the same thing you do. I just live. I live in a nice house.”

He doesn’t even really spend much money: “You could easily ruin your fun if you bought too much stuff. Then all of a sudden you’re a kid sitting in a pile of toys and you’re bored and you’re over-stimulated and you hate everything.” Jerry said he kept an office in midtown Manhattan: “I go there every morning and I work on some stuff and I make calls and usually meet a friend for breakfast or lunch.” His workday concludes pretty early: “I’m very good friends with Matthew Broderick. We go out to coffee in the afternoon a lot.”

Since they hadn’t spoken in a while, Howard asked Jerry a series of ‘catch up’ questions. Jerry was game, first saying he enjoyed having kids later in life (“It’s better when you’re older, because nobody expects you to help.”) and planned to keep his stand-up act curse-free: “I don’t need it.”

Jerry also had questions of his own: “Do you still do all the madness with the strippers and midgets and all that?” Howard laughed: “The people demand it!”

Howard then asked about Michael Richards’ n-word-laced stand-up meltdown, and Jerry replied: “He made an unfortunate comedic choice.”

They’re on the Ins

Before he hung up, Howard asked: “Are we on the ins or the outs?” Jerry laughed: “We’re on the ins.”