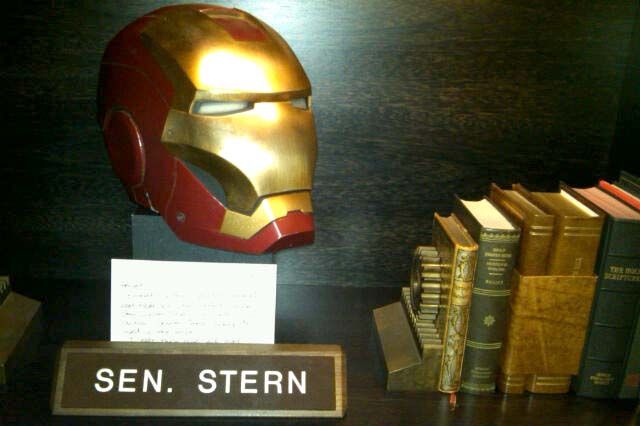 Howard said Jon Favreau had sent him documentation about his ‘Iron Man’ head over the weekend that proved its authenticity: “I feel terrible. I’m very happy with my Iron Man head.”

Howard read one of the documents, from the manufacturer, a prop company named Legacy FX: “We do not mass produce for collectors…the IM2 helmets were made during pre-production. We only made what was needed for filming and post-production if needed…you can buy a small car for what it costs to make one helmet.”

Howard apologized for ever doubting Jon: “He’s a doll. If calling another man a doll is gay, I’m gay.”