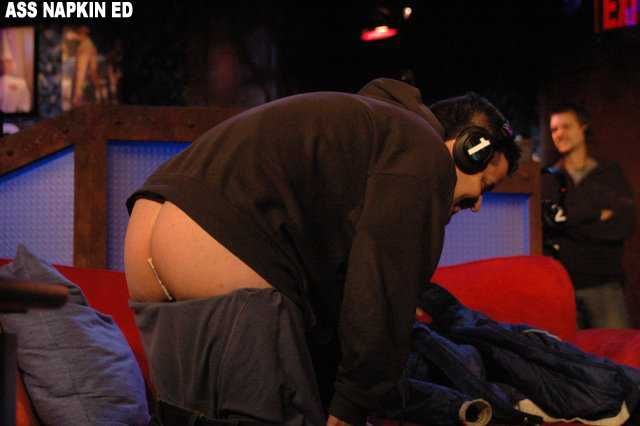 Ass Napkin Ed called in to explain his recent suicide attempt: “I think it’s because of the medicine. I switched.”

Howard hoped Ed found the help he needed: “It sounds to me like you’re a little overmedicated.”

Ed said he’d made other changes as well, most notably to his post-wipe technique. Instead of an ‘ass napkin,’ Ed now wipes with his bare hands (or Stridex pads) and finishes with an anti-swamp-ass routine: “I use a blowdryer now after I’m finished and baby powder.” Howard was repulsed: “That doesn’t sound right to me.”