Howard started off the show announcing that Benjy was late once again: “We have an empty seat this morning which means I have to fire Benjy.”

Howard couldn’t figure out what went wrong (“He was doing so well.”) and regretted his position: “I’m like ‘Dad’ around here. I hate that aspect of this job, that I’m ‘Dad’ and everyone has to answer to me.”

Robin thought Howard should punish–but not fire–Benjy: “Maybe put him out of the studio and off the Wrap-Up Show.”

Howard agreed, saying he’d pull all of Benjy’s privileges: “everything short of firing him.”

When Benjy finally arrived, Howard lay into him: “You put me in that position again. You did it to me.” Benjy could only muster a sad excuse: “I hit snooze.” Unmoved, Howard kicked him out: “Go write in the other room. And you’re off the Wrap-Up Show for the remainder of the time we’re here.” Howard couldn’t figure out why Benjy was so disrespectful: “I gave the guy a break and he’s breaking my balls.” Benjy asked to stay in the studio and instead pay a “financial fine” each time he was late, but Howard refused: “I’ll come up with some master calculation? A financial fine? You don’t have a pot to piss in.”

What Would JD Do?

Howard turned to JD, thanking him for being nothing like Benjy: “You break my heart…you work hard and you don’t ask for anything.”

As he did before with Ronnie’s car show, Howard asked JD to decide Benjy’s fate. JD was honest: “I would put him out in the back office. [But] if I were you for real–for real? I would fire him.” Howard also asked Evan, the show’s hardest-working engineer, and Evan agreed with JD: “It’s the same thing as stealing money, man. It really is.” 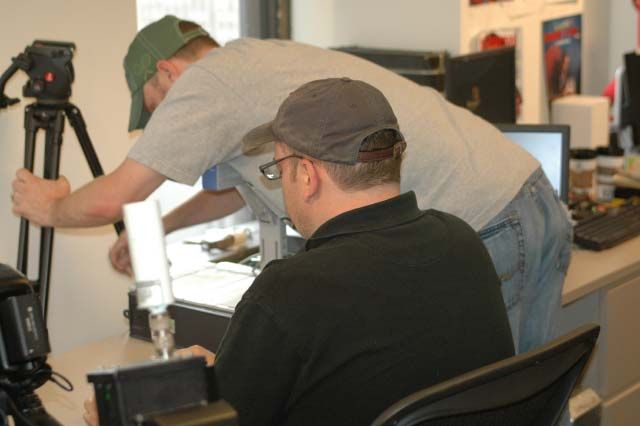 Howard later extended Benjy’s punishment with a no-tolerance policy: “If you are late, just don’t show up. Never show up again…agreed?”

After word came from the back that Benjy was complaining about his new workspace, Robin was indifferent: “The optimum work conditions were in here–where he should have been at 6 in the morning.”