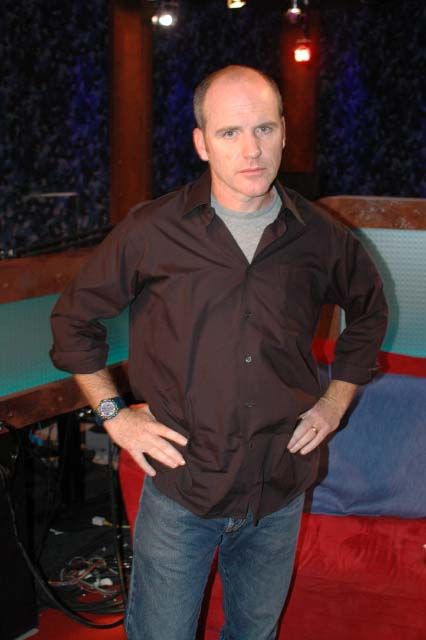 Howard got Greg Fitzsimmons on the line to try and get out of writing his book’s foreword one last time, saying he was unhappy with the results of his first idea–a transcription of his on-air anti-foreword rants: “I’ve made a terrible mistake…you’ve graciously transcribed my words [but] they don’t work.”

Greg said it was too late to back out, as his publisher was “holding pages…there’s literally people leaning against the printing press right now. We’re waiting for the foreword.”

Greg Keeps Howard on the Hook

Howard tried to write a quick foreword on air (“Greg Fitzsimmons is a great comedian. He is great comedian. And I don’t know him, really, that well. He’s bald but so what? Who cares? He’s funny.”).

Greg, however, couldn’t see the humor in this: “This would be hysterical if I wasn’t f’ed.”

Howard said he felt too guilty to flat-out refuse to write the foreword, so he’d hoped Greg would take pity on him: “He was supposed to say, ‘Howard, it’s fine’…kill the whole book!” Greg said his publisher has already sold the book on the strength of Howard’s contribution: “Simon & Schuster has told the buyers, ‘Yeah, he’s writing a foreword.'”

Howard was pissed: “I haven’t been this angry since Octomom.”

Howard wrote the foreword to Greg’s book out loud, amending and revising at times–the result will likely read: “I love Greg Fitzsimmons. I’m really proud to be associated with him. Read this book and enjoy the Greg I love. Heaven is here on earth and it’s name is Greg Fitzsimmons.

If God could choose only one funny man to live for eternity, it should be Greg. He puts the ‘F’ in funny. JD Salinger is a hack next to Greg. I used to think Richard Pryor was funny until I heard Greg.”

Howard continued: “I’m going to list of all of the funny men in the world in order of their funniness: first Greg Fitzsimmons and second, everybody else. Richard Pryor lit himself on fire after he saw Greg’s act. Sam Kinison crashed his car when he heard the Greg Fitzsimmons story. Kurt Cobain blew his head off after he saw Greg on MTV. Karen Carpenter laughed so hard, she threw up and killed herself. Michael Hutchence from INXS heard his CD and hung himself. Cher met Greg Fitzsimmons and started to date Ron Zimmerman. All of comedy is jealous of Greg’s new book. And now you’ll see why. Enjoy Greg’s book.”