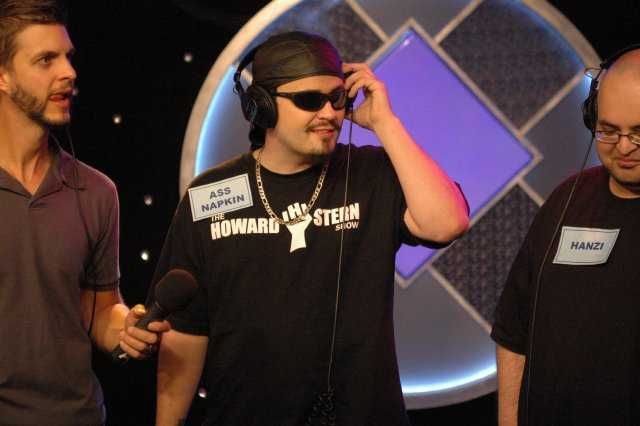 Photo: The Howard Stern Show
Ass Napkin Ed called in to say Howard had ‘f’ed’ him by not picking up his calls this week–Ed hoped to promote his stand-up gig tonight at Caroline’s. Robin thought Ed was biting the hand that fed: “There was nothing to f’ before we found you.” Howard agreed: “I’m done doing things for you…you’re acting like I owe you a favor. I give [to] you. You give me nothing…I didn’t f’ you. If you want me to f’ you, I’ll tell Shuli to take you off the bill.”
Previous Show Next Show