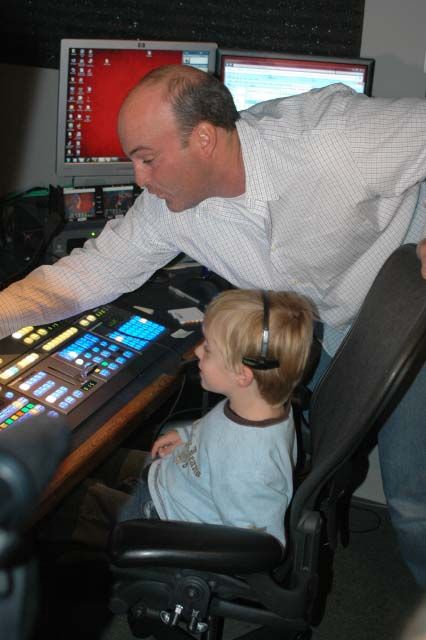 Late in the show, Howard welcomed Heidi and her son, Derek, to the studio: “Derek and I play chess together…and Derek wins. Derek is five years old.”

Howard said he’d been friends with Heidi for a while, but only recently took an interest in Derek, suggesting that he take up chess: “Derek took a few lessons and it turns out he’s a chess genius.”

Derek was quiet but we learned that he liked basketball and football–and disliked avocados, girls and coloring books. Howard commended Derek’s chess achievements, like beating an 11-year-old at a recent tournament: “I’m proud of you, you know that?”

Howard then had Derek head over to the HowardTV control room and direct the next segment–Derek proved a quick study–and wondered if he’d found Scott DePace’s replacement: “Scott, next we want to see if a monkey can do your job.”