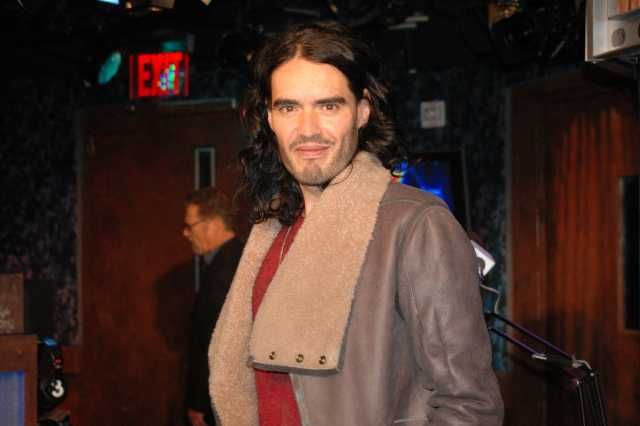 Russell Brand stopped by to promote his latest book, ‘Booky Wook 2,’ and told the crew he always knew he wanted the power of celebrity: “It’s the dominant cultural force of our age.”

When he finally got to the top, he enjoyed the spoils as much as could–but maybe too much: “I was addicted to drugs and sex. I was crazy…my life’s scored by women’s cries.”

Howard asked how someone so sex-crazed could be engaged to someone with a busy tour schedule like Katy Perry, so Russell explained: “We schedule little breaks in there.”

Russell said monogamy was a welcome respite from the threesomes he used to have with his radio partner, Matt: “We didn’t touch each other–not that there’s anything wrong with that–but he was at one end and I was at the other end. I did accidentally get sperm on him once. And he tried to get revenge. He chased after me like it was a water pistol.”

Asked about the time he dated Kate Moss, Russell admitted he remembered little of the affair: “It’s all just a bit of a blur, really. I don’t think my mind was recording it because it was happening so often.” Russell said he’d only just begun to break out when Kate tracked him down: “I felt like a butler or something. I didn’t feel like an equal…I was on dates with her, but I just sort of sat with my purse on my lap like, ‘Thanks, mum.'” Life with Kate–and in her bed–was surreal: “It’s intimidating. It’s disorienting. It’s exciting. It’s an amazing, amazing time.” 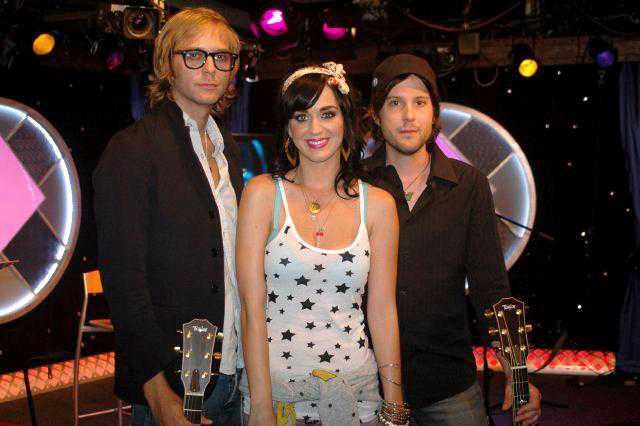 Howard asked if Katy Perry shaved downstairs, so Russell laughed: “Everything is under complete control in that area. In both our lives. I look like a 6’2″ naked baby.” Russell hoped he wouldn’t be the only baby in their new home together: “I’d love to have a baby. Not straight away, though. I’ve got to concentrate on the ol’ work. I want that. Some stability. Some domesticity.”