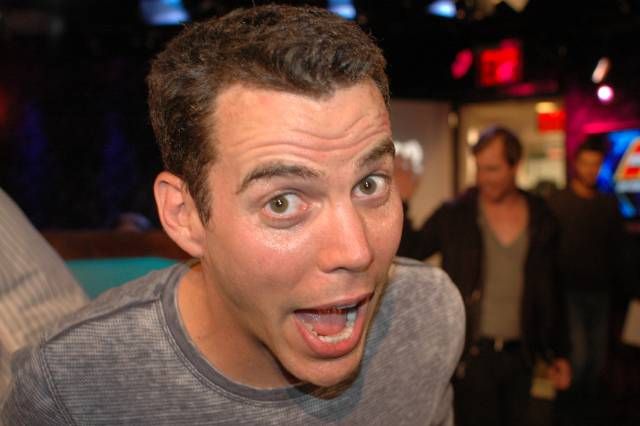 Steve-O stopped by to promote ‘Jackass 3D’ and discuss his new sober lifestyle: “It’s really simple, man. You take a look at your relationships–and the ones that revolve around getting loaded? You drop ’em.”

Howard laughingly referred to Steve-O’s alcohol-fueled ‘Jackass’ co-stars: “So you have no relationships then?” 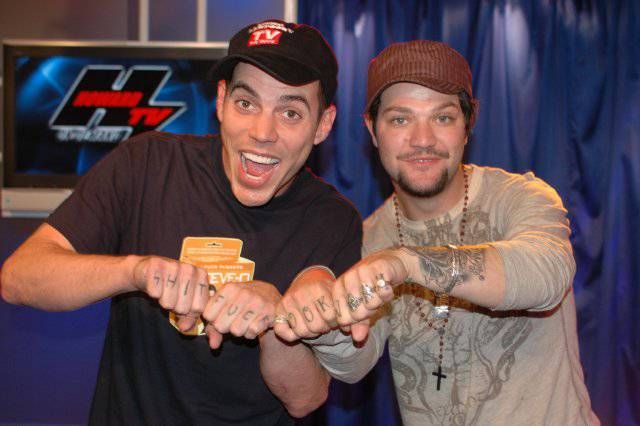 Steve-O said Johnny Knoxville and Dr. Drew had teamed with the ‘Jackass’ producers to stage the intervention: “What’s ironic about it is that here are the guys who–who conjured up the ideas for me to hurt myself, filmed them and like, you know, really saw these ideas to fruition and documented me hurting myself for so many years. Then they show up with no cameras to prevent me from hurting myself.” Steve-O said the intervention wasn’t his first–but “it was the first one I hadn’t completely hallucinated.” Steve laughed that his pre-sobriety hallucinations often manifested as voices in his head: “I can only describe it as angels and demons.” He also picked up–in a very real haze–a fiancé, but even she was unsure about the relationship’s sincerity: “She didn’t actually think we were engaged, I don’t think.”

Steve-O said he sobriety was going well so far: “I might have gotten my first triple blowjob. Three girls at one time.” Steve explained that a girl was driving him home when it happened: “We’re getting into her car and two of her friends come running up and…they’re like, ‘Do you want two more girls?’ I’m like, ‘F’ yeah I do!’ So we’re in the car and driving back to the hotel and I’m just thinking, ‘Oh God, this is the worst time to be a premature ejaculator.'” However, he was saved when the first girl to go down on him could not seem to keep her teeth out of the way: “And I’m super grateful for this because it’s keeping me in the game, you know?” Steve-O laughed that he’d quickly stick his penis “back into the jaws of hell” each time the other girls got him too close to climax.