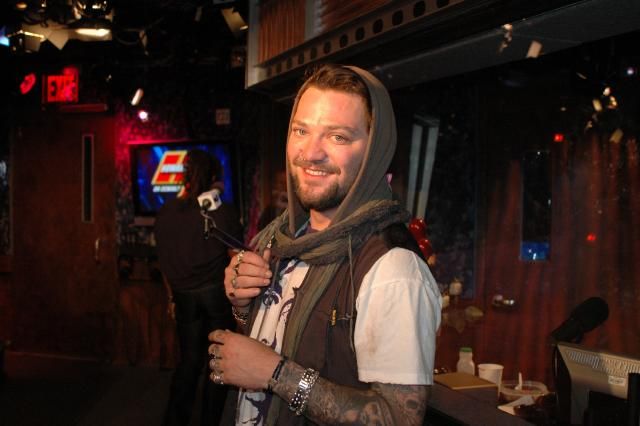 Bam Margera stopped by with Brandon Novak to promote “Jackass 3D” and told Howard how he’d seriously injured himself on the film’s set several times–only to see most of those stunts end up on the cutting room floor: “The only thing that made it is the broken shoulder.” Bam suffered the most serious recent injury outside a bar he owns in West Chester, PA after an angry neighbor clubbed his skull with a bat: “I was bleeding internally in my head for two days.” Howard asked if Bam was still together with Missy, his wife as of his last appearance, so Bam said they were married but living separately: “It’s strange because it’s better than ever in a weird way. I see her once a week…every time we meet up, we have a lot to talk about and it’s much more fun.” Bam then introduced Howard to ‘Julia Gulia,’ a friend he’d been ‘hanging’ with in NYC–a friend, he was careful to point out, who is not his girlfriend.

Brandon Novak Is a Ride 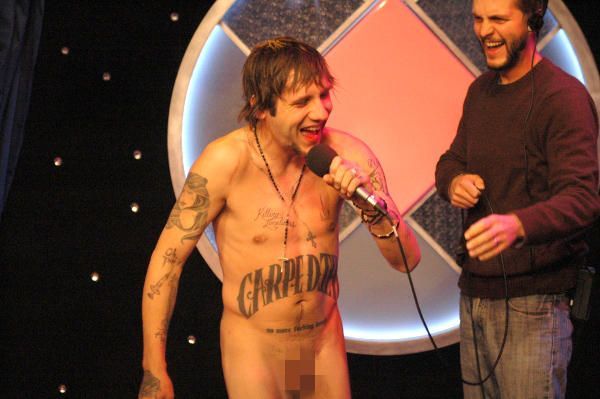 Novak told the crew he’d also recently injured himself after a stunt–but the real punishment was that authorities discovered his outstanding warrants while he was still in the hospital: “So directly from having a concussion and four broken ribs, I go to jail for 6 days.” Novak said his up-for-anything attitude can also pay off, especially when he’s the ‘talent.’ He recently banged a groupie in the bleachers at an arena appearance, and when a security guard interrupted, he laughed that he told the guy to, “Just turn around and count to 10 and it’ll be done like it never happened.” The guard didn’t feel like counting, instead pulling the girl off Novak’s lap–and taking Novak’s load on his arm: “I come a little bit on her and all the rest goes on his plastic security jacket.” The guard then tried to boot Novak from the venue, but since he was under contract to appear at the event, later had to walk him right back in.

He Costs You $10K – Brilliantly 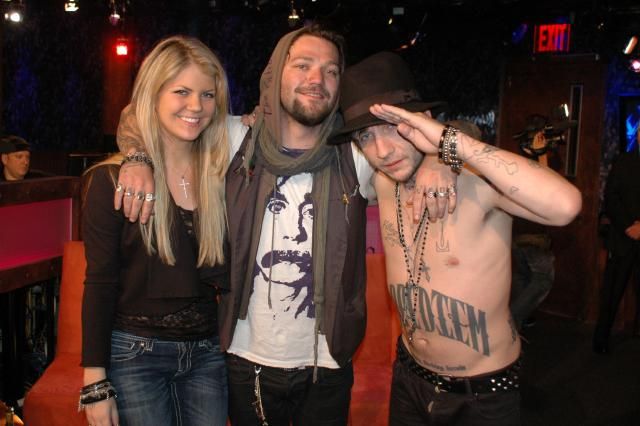 Bam told the crew that Novak set a van on fire at the Margera compound when Bam was in L.A. for the “Jackass 3D” premiere. On review, security camera footage showed Novak arguing with his girlfriend on the phone: “He kicks a gas can while smoking a cigarette and it goes underneath the van and then he throws the cigarette and jumps into his buddy’s car and takes off. 10 minutes later, the whole thing’s up in flames.” Bam laughed that the incident was costly, turning to Novak: “You owe me $10,000 now.” Novak shrugged: “Put it on my tab.” Howard asked if Bam ever got mad about cost of being Novak’s friend, but Bam laughed that it was worth the spectacle: “Because if I gave you 30 chances to do that, I bet you can’t do it.”

On his way out, Novak asked Howard to sign a letter of recommendation–one he could present the judge at his upcoming court appearance–but Howard refused: “You know what I’m going to write? Lock him up!” Bam also had bad news for Novak: a coin toss for the cost of his return flight home: “Tails! You stay here.”aaa