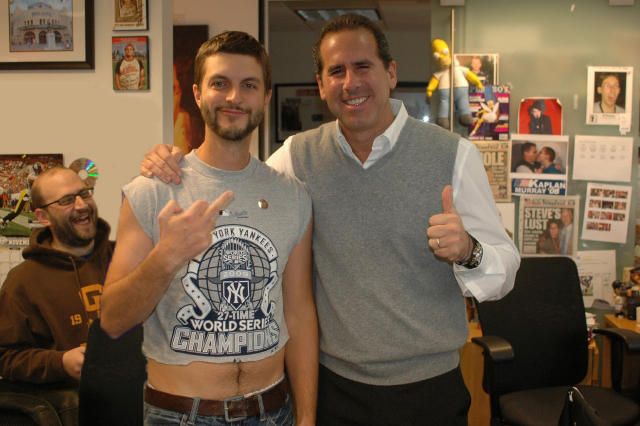 Gary reported that Ross Zapin had bet Will Murray that the Yankees would win World Series over the Phillies–the loser must wear a dress for a full workday.

Howard doubted that Mel or Scott would tolerate Ross running around and conducting meetings in a dress: “Those guys are going to put up with that?” Gary said they’d have to (“It’s a bet!”), adding that Will planned to make the dress as humiliating as possible: “It’s a mini dress. Will’s already picking it out.”

The One Question Bowie Interview

Howard remembered David Bowie’s cross-dressing Ziggy Stardust days and had difficulty reconciling them with his current status as a married man: “He was clearly gay. How did he become straight?” Howard said he’d have David on the show to answer one question alone: “I would like to sit down with Bowie and say, ‘How did you stop being so gay?'” Robin laughed that the information would be valuable to other parties as well: “I think the religious right would also like to speak with him.”