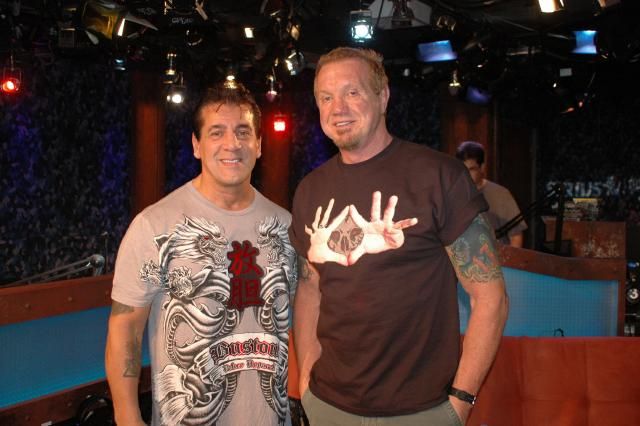 Chuck Zito stopped by to catch up with the crew and confessed that he hadn’t been riding his motorcycle much: “I think I rode twice this summer.”

Howard wondered if Chuck had finally started to slow down, but Chuck denied it, saying he had every reason to quit (“I have two plates, 14 screws and a pin in my leg.”) but it was his busy schedule that kept him off the road: “I just didn’t have the time this year.”

Chuck introduced Howard to his old training partner, professional wrestler Diamond Dallas Page, and recommended his workout regime: “When I did that, my body was going places I’ve never been before. I felt great.”

Howard said he’d heard of Page, as he once sued Jay-Z over the Rock-a-fella ‘diamond’ hand gesture–a gesture Page had trademarked when wrestled years ago.

Page refused to discuss the matter: “All’s I’m allowed to say is that I have no comment. The matter is resolved. I can’t have a comment on that.”

An Update on Chuck’s Sex Life 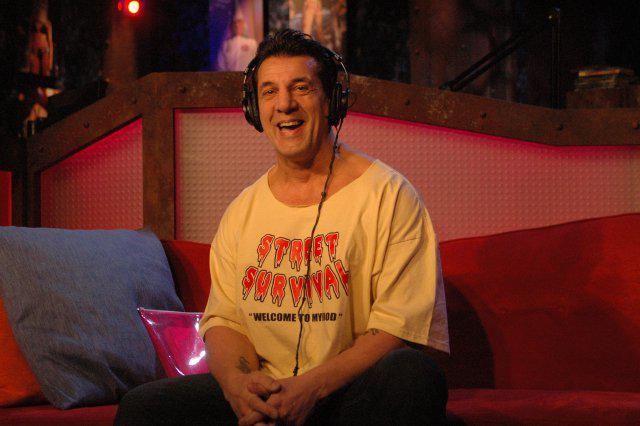 Howard asked Chuck if he was still dating the same girl–and how they managed to stay together, as she doesn’t speak English.

Chuck said he loved her limited vocabulary: “It’s great. You don’t fight. You just make love. That’s it.” Robin didn’t understand: “How do you even get consent?” Chuck just laughed (“Baby, can I show you?”) and said he was committed: “Boy does she have a great ass. I tell you what.”

Was ‘Sons of Anarchy’ Stolen? 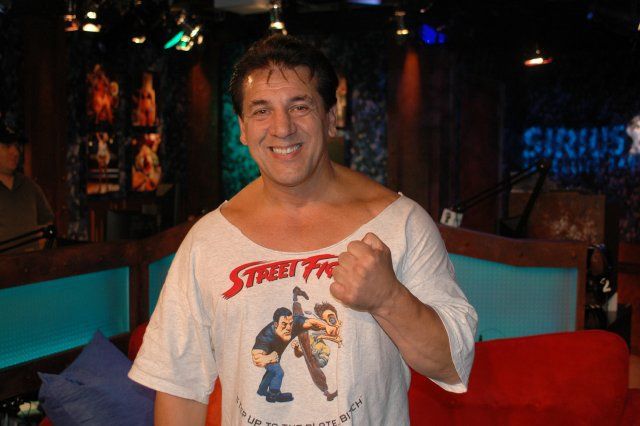 Chuck said he’d once pitched a show about a biker gang to FX that is eerily similar to ‘Sons of Anarchy,’ so he was taking them to court: “I believe they stole my idea.”

After Chuck fumed that one of the show’s ‘creators’ had dismissed him as a “half-talented actor,”

Howard deadpanned: “I think you’re the most talented actor.”

Chuck was happy to hear it: “My first instinct was to get on a plane and go out there and break his jaw.”

Howard then asked after the status of Chuck’s pseudonymous ‘Chuck Zito’s View’ co-host, “Baba,” so Chuck revealed that Baba had finally been tracked down by the authorities: “They, um, follow him. But he came back. He’s out again.” Howard asked what Baba was wanted for, but Chuck refused to say any more: “I don’t tell.”