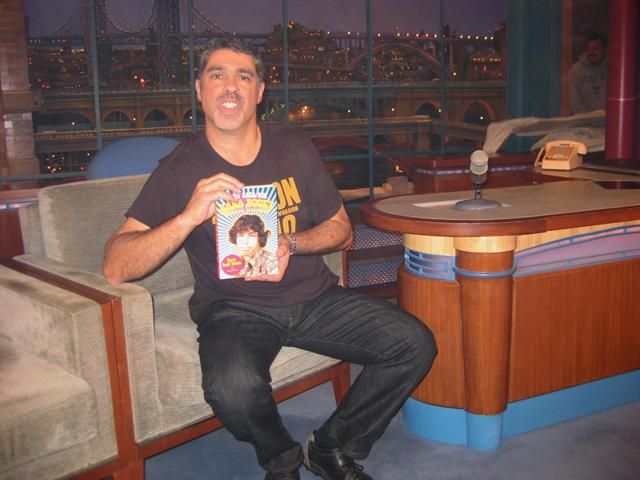 Robin gave him a B, in part because he botched the Baba Booey origin story.

“The whole thing was overwhelming … I thought I did pretty good,” Gary said once in the studio. He also said he now fully understands why Howard always complains about hangers-on who fill up the Letterman greenroom. “I [couldn’t] even get in my dressing room,” Gary said.

Robin thought Gary looked nervous, saying, “He wouldn’t sit back. He was sitting at the edge of that chair.”

Wolfie called in to agree, noting that Gary licked his lips a total of 10 times.

“There were definitely a couple profile shots where his teeth really shine,” Robin said with a laugh.

Gary later confessed what he did after the interview: “Dave shook my hand and I just looked at him. I said, ‘Thank you. This is a dream come true.’ It really was. For me to be on that show, it was like a dream come true. I started watching that show when I was in the 11th grade when it was [on in the] daytime and I never imagined I’d be on it.”