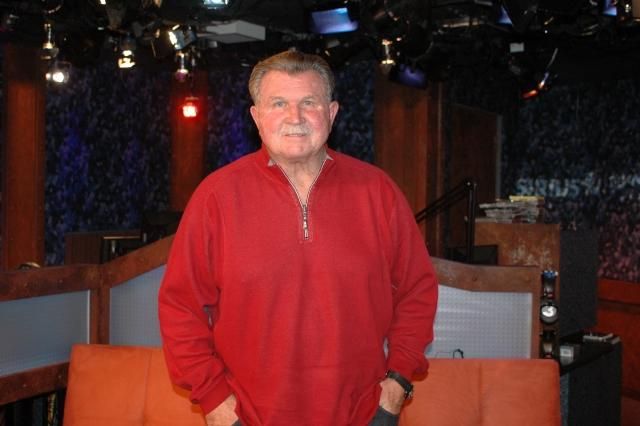 Football coaching legend Mike Ditka stopped by Tuesday morning to promote a series of motivational tapes and was quick to recount his career. “There was no game plan in my life at all when I played for the Bears,” he admitted to Howard and co-host Robin Quivers. “My game plan came into focus when I went to Dallas with the Cowboys. I played for the Cowboys for four years. We won a Super Bowl. I played for Coach Landry. I coached there for nine years as an assistant coach and then I became the head coach of the Bears. So if I never would’ve went through that process in Dallas, I doubt I would’ve become the head coach of the Bears.”

When Howard asked how Mike felt about one of his old quarterbacks, Jim McMahon, Mike said Jim’s talents were mental. “Jim McMahon was a winner and a leader, but if you’re talking about physically? He couldn’t come close to [Dan] Marino,” he noted before crediting the Bears’ success to the same mental game. “It’s not genius. It’s beating the other guy. You know what he’s doing. You know what you do best.”

The Saints, Public Office, and Levitra

Howard asked Mike if it was a good idea to retire only to return three years later as the head coach of the New Orleans Saints, but Mike claimed that it seemed like it was at the time. “I thought it was divine intervention,” he said.

After discussing his high school football days, humble lifestyle, and curtained casino gambling habit, the former coach discussed why he would not run for public office despite his immense popularity in Chicago. “I was asked to run for Senator and you know, to me, being a politician is all about serving,” he said.

On the subject of his Levitra endorsement and whether his wife benefitted from it, Mike wasn’t shy. “I think there are a lot of men who need help … I have no problem with it,” he said with a laugh.