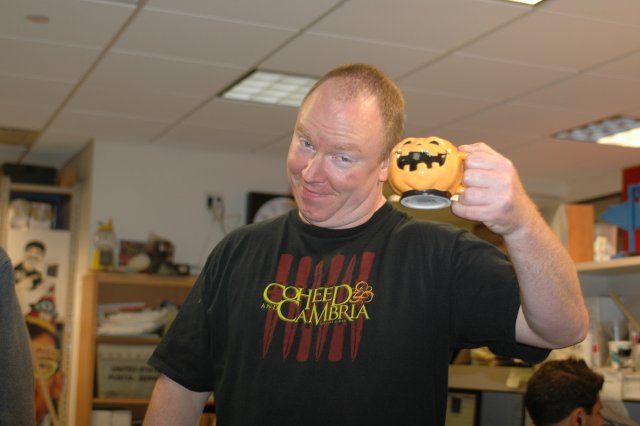 Richard came in to tell the crew about the ‘pumpkin scrub’ spa treatment he got recently…from a man: “It was completely professional. He didn’t play with my balls. He washed the buttocks area and the balls were kind of flopping around, but no.”

Richard said the pumpkin-scented scrub, facial and pedicure treatments cost him nearly $200: “It was the most relaxing thing I’ve ever had done to me…I’m not going to shower for a couple days because that stuff smells so good. Maybe tomorrow I will.”