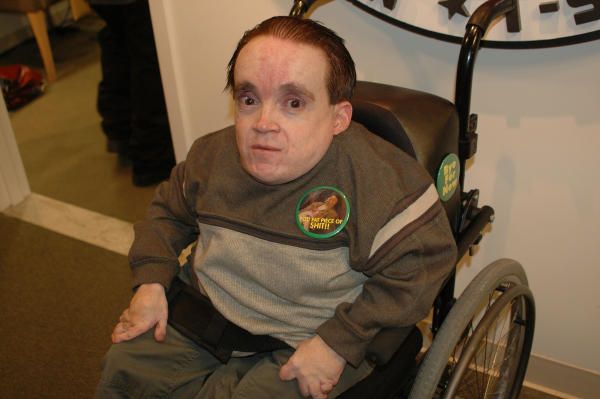 Eric the Actor again called in to say he wanted the results from his show-funded I.Q. test before anyone else: “I sat there for an hour and a f’ing half taking that test. I have a right to the results here and now.”

Howard repeated that the bit would fail if Eric already knew his score: “I told you, you find out the results on the air…the fun is for you to find out on the air.”

Eric tried to bargain by asking about a gig Gary Dell’Abate had promised him (on the condition that Eric participate in the IQ test bit): “What happened to this supposed surprise if I took the test?”

Howard then turned to Gary: “Find me a new midget to work with.” Gary promised to set up a contest to find the show’s Next Favored Midget.