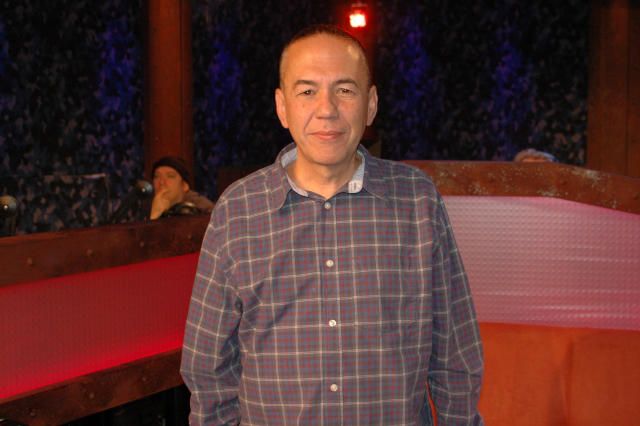 Gilbert Gottfried stopped by to catch up with the crew and, like Howard’s previous guest, announced: “I’m here to sell my virginity.”

Howard put the joke aside and tried to get to the “real” Gilbert, asking about his early days as a stand-up.

Gilbert confessed he started doing stand-up because he enjoyed the rush and not, as most would suspect, for the money: “In the early days, there was no money so I guess it was excitement.”

Gilbert said stand-up is different these days, citing ‘the comedy boom,’ as just about everyone thinks they can do stand-up, especially “those annoying guys who are the ‘funniest guy at the office’ who say, ‘Everyone says I should be a comedian.’ Those are the least funny.”

Gilbert said he was recently backstage at “The Tonight Show” and remembered he hadn’t spoken with Artie Lange or Greg Giraldo in a long time, so he called them up. “I just spoke to their managers. And then 10 minutes later, someone came up to me and said, ‘Greg Giraldo died,’” Gilbert recounted.

Gilbert immediately tweeted: “Good news, his family is clearing his apartment and sending me a set of bath towels marked GG.”

Howard wondered if Gilbert should trust himself to share unfiltered thoughts on such a public forum: “Do you think you should be tweeting?”

Gilbert said TMZ had asked people if the tweet was “Hilarious or Horrible.” “A few hundred thousand people voted and [the result] was 50/50,” he said, explaining he loved to Tweet from his phone.

Howard was surprised Gilbert was so tech savvy. He didn’t even know his guest could send emails.

“Yeah. I can do email,” Gilbert shrugged. “I feel like a chimpanzee on it.”