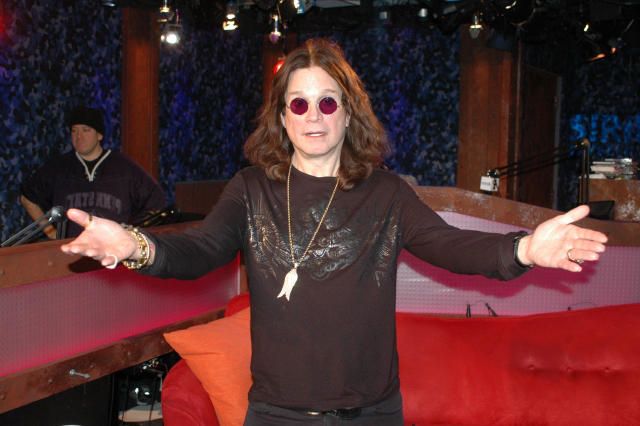 Ozzy Osbourne stopped by the Stern Show this morning to promote his new album “Scream” and Howard kicked things off by asking if he’d ever wear a wig. Ozzy laughed and told him definitely not. “I’d look ridiculous,” he told Howard.

Howard wondered if Ozzy missed alcohol but Ozzy just shrugged and told him, “To be honest with you? No … I got fed up with it. And not only did I get [fed up] but everybody else [did] too.”

Ozzy said his substance abuse got so wild, he began taking “a pill for this side effect and then a pill for that side effect” and before he knew it, he was spending more time in the pharmacy than he’d ever wanted. As for heroin, he told Howard it was never a drug of choice. “I never got into that stuff. Well, I did it, but you know, it made me throw up,” Ozzy said. “I hate throwing up. So I stopped.”

Asked why he’d parted ways with guitarist Zakk Wylde, Ozzy replied, “I didn’t get rid of him. He had his own band and he was only helping me out … I said to him, ‘It’s time for you to do your Black Label [Society].”

Ozzy also bemoaned the business side of music. “It’s more like a job now than it ever was,” he told Howard. “People only want one track off the album … the art of the game is gone. It’s all tricks and mirrors.”

Howard then asked if Ozzy could be become a part of “American Idol” machine, but Ozzy dismissed the idea. “I couldn’t do that,” he said. “The fact that they get up there in the first place and have a go, my heart goes out to them.”