The talk show host sits down with Howard 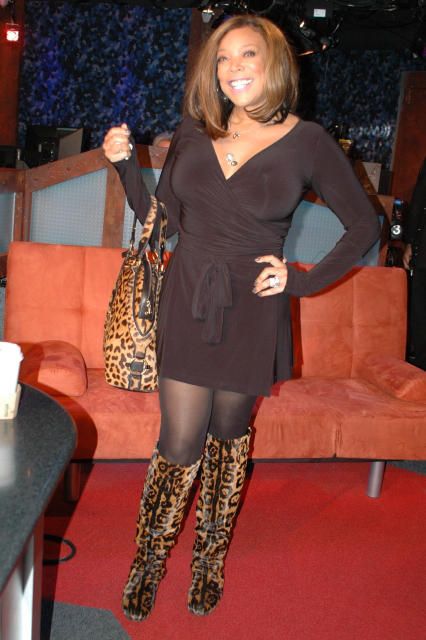 Wendy Williams stopped by to promote the second season of her syndicated TV show and basked in Howard’s praise as he looked her over: “I do think I have the glow of success.”

Howard asked if she’d allowed herself to age at all, so Wendy confessed: “I have some cellulite. I don’t have stretch marks. And my tummy tuck is still sticking. Our son is 10 years old.” Wendy said she’d had the tummy tuck after her son’s birth: “I weighed 297 pounds…now maybe 175.”

She doesn’t even fault her husband for cheating on her at the time: “Nobody wanted me at that point. I wasn’t even hot.”

Howard was amazed by Wendy’s attitude about her husband’s infidelity, as Beth’s was the exact opposite: “She’s already told me, ‘I’ll bang your worst nightmare.'”

A Survey of Wendy’s Wigs and ‘Work’ 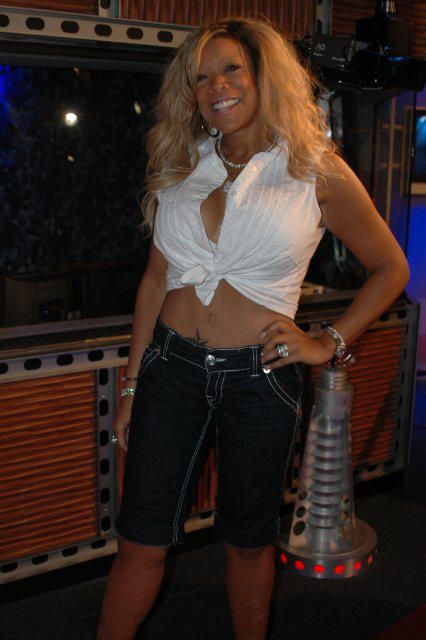 Howard asked Wendy about her other cosmetic procedures, so Wendy pointed at her breasts, relatively unchanged since she first got them 10 years ago: “I’ve had them changed since then but the same size.”

Wendy also confessed to Botox treatments around her eyes and forehead–but nothing below them: “I don’t do the lower part.”

Also: “Every single tooth is natural in my head.” Wendy said a lot of her procedures–and success–were the result of insecurity: “My parents led me to believe that I’m very fat. And so therein lies a 40-year quest to really love myself.”

The kids in her neighborhood weren’t any nicer: “They just called me ‘White Girl.’ And that would be the source of my wanting to be successful and ‘I’ll show ’em, I’ll show ’em.'”

Said success has afforded her a coterie of wigs: “You always have a bunch of wigs. No ‘wiggie’ has just one wig.”

A Head Knows a Head 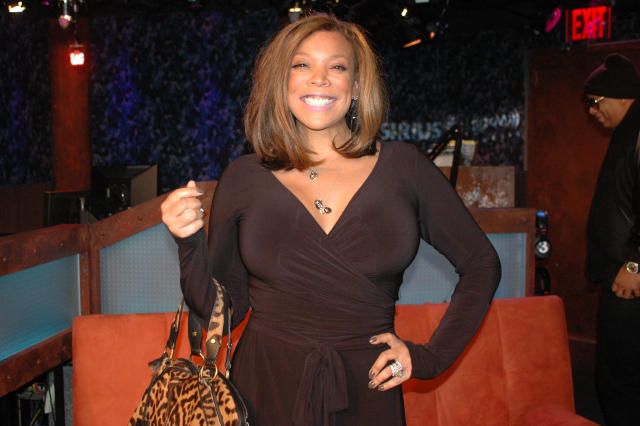 Wendy also opened up about her past drug use, wishing Whitney Houston would do the same: “A head knows a head and unfortunately, when she was on ‘Oprah,’ I didn’t feel like she took ownership.”

That said, Wendy wasn’t looking to rat anyone out: “If I walked in here right now and somebody was getting high, I would just, like, walk out. You know, I’m not, like, going to call the cops…I don’t want to blow anybody else’s high.”