Staff investigates one of its own after getting test results 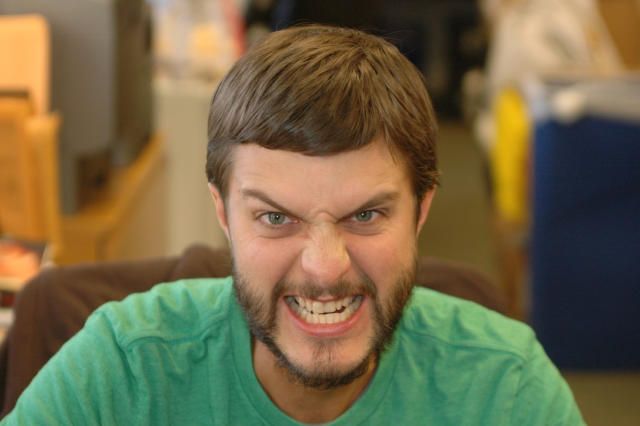 Howard welcomed Steve Langford to the studio and asked Will Murray to join them. “There are several sources who say you cheated on the I.Q. test,” Howard said.

Steve said several sources were telling him so. “Did you get some of the questions or part of the test ahead of time?” he asked.

Will said he’d simply researched the test’s format. “I said to myself, ‘Is there any way I can, like, practice for it [or] figure out what the format of the test is?'” he said.

Will said the preparation was simple. “If you Google the test name the whole test format will come up,” he continued, adding, “I never saw the actual questions.”

Even so, Will did know a few answers ahead of time. “I did get a couple of answers from people who work here in the back office and were yapping about it after the first round of tests,” he said.

The Truth Is Somewhere

Steve remained vigilant. “The truth is somewhere and we’re looking for it. Our sources claim that you had assistance from a professor,” he said.

Steve continued: “One of our sources…calls it cheating.”

Howard thought a cheater would have done much better than Will’s score of 130: “If you cheated, you should’ve gotten a 180.”

Will insisted he didn’t do anything wrong–it’d be too hard: “Let’s say they gave me all the answers. This is a two-hour test. With thousands of questions on it. The fact that I could memorize the test…”

George was impressed with Steve’s rigorous line of questioning: “I feel like I’m sitting in on the McCarthy hearings.”